We have filed a notice of claim as per the statutory requirements for filing state law based claims for wrongful death.  We have prepared and filed an 80-page complaint articulating claims under Alabama’s wrongful death statute and under 42 USC § 1983.

Additionally, political and civic leaders have written correspondence to the Attorney General of the United States to investigate the Montgomery Police Department manner of conducting investigative stops and use of force policies.

It is clear to us that Gregory Gunn’s death was unjustified in clear violation of the laws of the State of Alabama and the various constitutional rights he possessed as a citizen of the United States.

Causes of Action in the complaint, to wit:

We will aggressively litigate this case until resolution.  Consistent with testimony at the preliminary hearing of AC Smith, the shooting death of Greg Gunn was the proximate result of the use of excessive force and brutality.  The police officer illegally and without justification utilized deadly force under color of state law when he shot multiple times and killed Mr. Gunn, an unarmed, non-threatening senior citizen.  At no time was the police officer at any time in such imminent danger that justified the use of deadly force.  Mr. Gunn was not doing anything illegal nor was he acting suspicious.  Mr. Gunn was only a short distance from his home doing as he routinely did and that is to work, visit with friends and then walk home. The evidence adduced at the preliminary hearing in the criminal case failed to demonstrate that AC Smith had an articulatable basis for the stop, the frisk, the chase, the tasing or the shooting of Mr. Gunn.

In the aftermath of Gregory Gunn’s death, its citizens, political leaders. Civic leaders and religious leaders have waited patiently for the city address the ills that led to death of Gregory Gunn.  That patience has borne no results.  The police department has maintained its status quo.

Given the hugely disparate versions of the incident recounted by AC Smith to the Alabama State Bureau of investigations testified to in open court, the city has failed to take immediate disciplinary action against AC Smith warranted in this matter. We can only conclude that the city has given its stamp of approval to the misconduct of this officer.  Furthermore, the city has failed to take curative action to assure that its police officers comply with United States Constitution and the Code of Alabama with regard to stop and frisks of its citizens.

It appears that the City will continue its legacy of blindly defending police misconduct illustrated in the Whitehurst case and the Todd Road case.  Notwithstanding  the courage shown by the State Bureau of investigation and our able District Attorney the city’s legacy of recalcitrance continues.

What Happens if I Trip and Fall on a City Sidewalk? 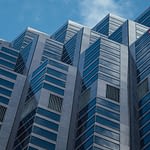 How Long Will It Take to Resolve my Personal Injury Claim?
April 4, 2016KindredTeam