Over the years, I have handled a number of claims of injuries where buses were involved.  Some involved Greyhound, while others involved school buses. Both types of buses are governed by the federal motor carrier laws and regulations.  There are at least two main issues that are reoccurring, particularly in school bus litigation: the lack of seat belts and the liability insurance.

How safe are buses?

Buses are more prone to rollovers, due to their high center of gravity.  I, along with other members of my firm, handled a bus rollover case in Chattanooga, Tennessee.  In that case, a passenger tried to overcome the bus driver, who eventually lost control of the bus, resulting in a rollover that killed and injured passengers.  The case was filed in Atlanta, a far better venue.  We obtained a good result for our clients in that case.

The debate regarding seat belts often arises after fatal school bus crashes.  In 2006, four teenage girls were killed after the school bus they were in plunged off an interstate overpass, in Huntsville, Alabama.  Yet, instead of using seat belts, the National Highway Traffic Safety Administration (NHTSA) has determined that “compartmentalization” is the best safety concept to employ.  According to NHTSA, compartmentalization means

the interior of large buses provide occupant protection such that children are protected without the need to buckle-up.  Through compartmentalization, occupant crash protection is provided by a protective envelope consisting of strong, closely-spaced seats that have energy-absorbing seat backs.

Not everyone agrees that this is enough.

Lack of liability insurance leaves the injured with little recourse

Recently I heard through the legal grapevine that county school busses are on the road without any liability insurance.  According to the Guidelines for School Bus Operators, published by the Federal Motor Carrier Safety Administration, its insurance requirements do not apply to “a motor vehicle transporting only school children and teachers to or from school.”

While state law requires that these drivers have coverage, apparently school boards are not purchasing the required insurance and the State of Alabama is not providing coverage.  Without acceptable insurance coverage, many victims are left with overwhelming debts and no other recourse than to pursue their claims in court. 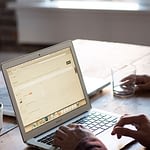